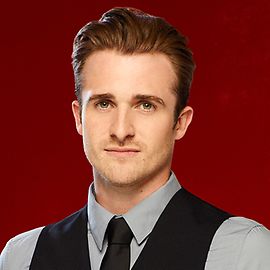 Matthew’s rise to success as a motivational speaker has been meteoric. From humble beginnings working as a life coach with individual clients in London’s coffee shops and cafes, Hussey now runs programs across the globe, helping thousands of men and women reach their true performance potential. In packed conference rooms across the US and UK, or on week-long retreats in luxury locations in Europe and America, Hussey and his team have created tailor-made programs designed to help clients transform their lives. Hussey’s private clients through his life-coaching brand have included directors of major FTSE 500 companies, hedge-fund managers, and celebrities such as Christina Aguilera, whom he worked with in July 2011. His corporate clients include Hugo Boss, The Perfume Shop, Virgin Gyms, Proctor & Gamble, Bare Escentuals, U.S. legal giant Weil Gotshal & Manges, and global management consultants Accenture.

Hussey has lectured at Oxford University to the Department of Neuroethics. He has rooted his business in private coaching work, which has often focused on confidence issues that impacted relationships. As a result, he began to gain recognition helping men with their love lives. For two years, this became a major focus of his work, and he conducted several hundred seminars for large groups of men on this subject, as well as coaching many more men on a one-to-one basis. As his reputation grew, Hussey found himself approached by increasing numbers of women, eager to hear what he had learned about the male perspective on love and romance. In 2008 Hussey created GetTheGuy, focusing exclusively on relationships. The brand established Hussey as one of the leading experts in the field of human attraction in the U.K. and U.S.

Now through his online programs, viral internet broadcasts, sell-out seminars, NYT Bestselling book, and his roster of private clients, he has been able to pass on his insights and strategies to countless people. 50,000 women have attended his live events and he has reached over 10 million online. Hussey is the new international guru of the dating and relationship-coaching scene.